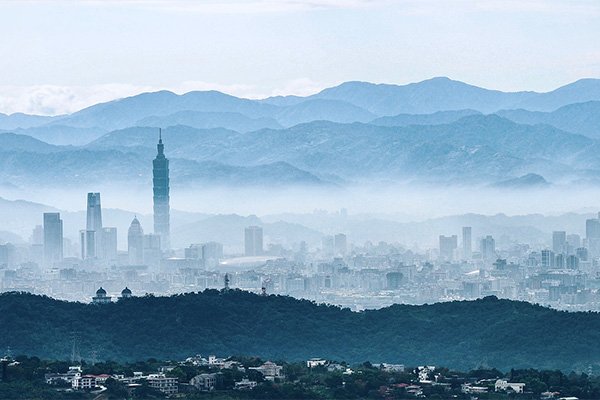 Taiwan is facing its worst drought in 56 years. Rainfall has dropped by 20-60% depending on the location, due to the absence of a typhoon in 2020.

It has already been about ten years since this state, located in the south-east of China,has experienced a significant decrease in these weather phenomena due to climate change. While this provides respite for populations less affected by the devastation, the economic consequences are beginning to be felt.

During the summer months, the monsoon season in Taiwan,the rains are usually very abundant. Typhoons, hitting this island between July and October as well as heavy rainfall make it possible to fill the groundwater and water reservoirs. Taiwan is normally one of the wettest places in the world,with an average of 2600 millimetres of rainfall per year.

In 2020, the summer typhoon season was exceptionally mild and in the first months of 2021, rainfall remained low.

The reservoirs nestled at the foot of the Taiwanese mountains show a hopelessly low level, if not simply dry. 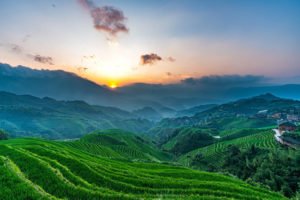 The consequences of this drought

The government has already imposed severe restrictions on more than one million households and businesses in the centre of the island. Many farmers are no longer allowed to irrigate.

A desalining unit at Hsinchu was built as a matter of urgency. The most radical measure concerns the ban on watering crops,which affects nearly 75,000 hectares, or one fifth of the irrigable land. Subsidies have been made available to compensate for the losses of rice farmers.

But this drought is above all endangering the chip industry. Essential for the country’s economy and to meet growing global needs.

Taiwan produces two-thirds of the electronic chips used in the world. 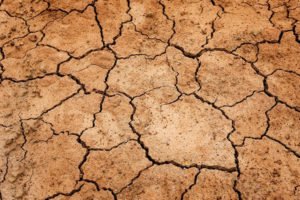 This drought in Taiwan is leading to an unprecedented shortage of semiconductors.

Semiconductors are essential components for the manufacture of computer hardware among others, including connected objects. The semiconductor is defined as a non-metallic body that imperfectly conducts electricity. Indeed, its electrical properties allow it to be both conductive and insulating.

This hybrid property forms the basis of all modern COMPUTING and makes all our COMPUTING deviceswork.

The manufacture of semiconductors consumes a lot of water, especially for cleaning chips. The main factories located on the three technopoles swallow 156,000 tons of water per day, the equivalent of 60 Olympic swimming pools.

The development of these computer components follows complex processes and about 90 per cent of the most advanced of these chips are believed to be manufactured on the island.

Shortage of supply and increase in global demand for microchips

With the Covid-19 crisis, the demand for computer hardware has only increased.

Containment and development of teleworking,more than 300 million PCs were sold in 2020.

The shortage of semiconductors is impacting a market of more than $440 billion and is the subject of a technological war between major industrial powers around the world.

The production delays of the iPhone 12 or that of the Playstation 5, remind us that the semiconductor, an electronic component smaller than a grain of sand, is essential to produce electronic equipment. Without this “electronic brain”, it is impossible to circulate information in the machine. 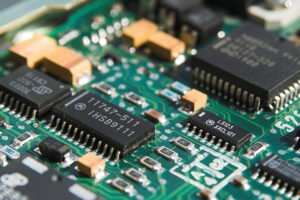 Rare earths have 17 metals with exceptional properties and used in the manufacture of high-tech products. With the digital boom and new green technologies, today, on the scale of the global economy, rare earths are considered strategic metals.

China is responsible for the bulk of world production, which gives Beijing a virtual monopoly, since it alone produces 85% of the rare earths currently consumed.

The stakes are therefore both geopolitical and environmental. China is now essential to source rare earths. Although there are many rare earth deposits in the world, they are not exploited. It takes 25 years from the start of a mine project to the start of its operation.

The impact of this shortage in the IT sector

A global shortage of computer chips raises fears that electronic hardware is starting to cost more.

The problem is not limited to large companies. The rise in prices could soon affect the wallets of individuals in their purchases of everyday products.

Worse still, the supply of raw materials has become irregular, with late and incomplete deliveries. Companies are forced to warn their customers that cost and time estimates may be revised upwards.

In the IT sector,businesses and consumers are seeing a 30-40% increase in the price of hardware.

The closure of air cargo during the lockdowns forced producers to choose to send their goods by boat. This has resulted in additional costs and extended delays. Distributors therefore pass on these additional costs in their tariffs.

Printers, laptops… prices are soaring in the computer department.